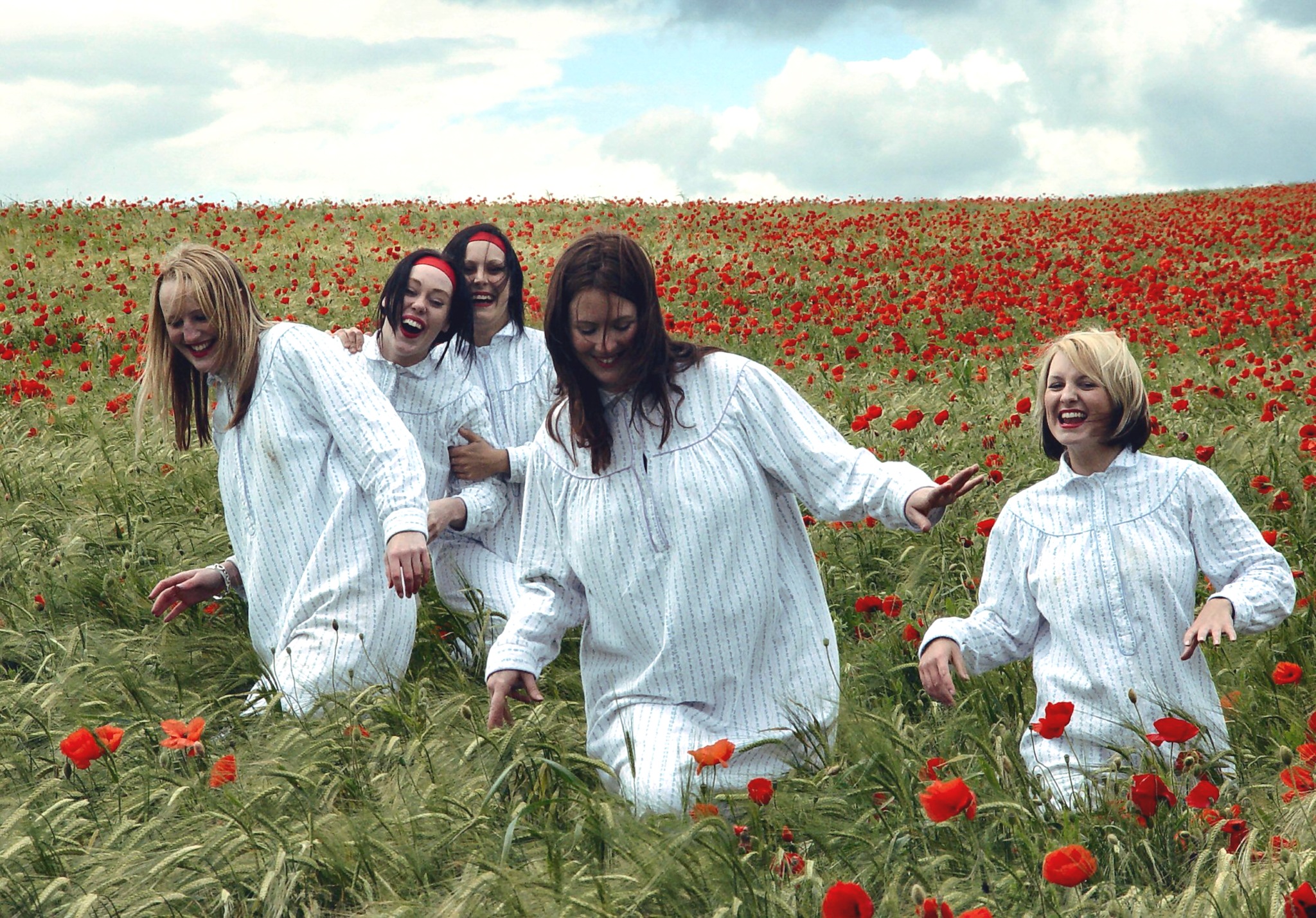 Formed in 2003 upon graduation from Bretton Hall, The Paper Birds was founded upon friendship and a mutual love of contemporary theatre, movement, and a desire to make work that placed female roles centre stage.

Throughout our history we have worked with many collaborators who have helped us shape the work we make and the company we want to be. Our original team was founded in Leeds, West Yorkshire and comprised Jenny Robinson, Michelle Folliot, Helen Lindley, Kylie Walsh, Elle Moreton, and Jemma McDonnell. As the team began to shift, we waved farewell to some of our original line up and now as a core team of three, (Jemma, Kylie & Elle), began to hone our methodology and approach to devising theatre. We began interviewing people and placing verbatim material within the script. This developed organically throughout the process of making ‘In a Thousand Pieces’ and became a defining shift in the direction of the company. Following this, all our productions have utilised this method of researching within communities and speaking directly to people to inform and shape our work.

In 2012, our founding Producer, Elle, moved on to pastures new, and since then we have worked with a number of exciting producers; Caroline Routh, Becki Haines, Bonnie Mitchell, Melanie Rashbrooke, and currently Charlotte Kalantari-Gregory and Katie Webster; all of whom have helped develop and grow the company in new directions.

Starting in 2014 through a collaboration with champion beat-boxer and musician Grace Savage, we began to nurture emerging artists within our work. In 2018 we made an autobiographical show with Caleb Femi, writer and former Young People’s Laureate for London, supported by Lex Amor and Olivia Twist. In 2021 we delivered a digital engagement project for young artists taking place across five countries. We are passionate about supporting, training and mentoring the next generation of artists.

Our workshop programme delivered in schools, colleges and communities has been prolific and part of our practice since inception. Georgie Coles joined our team in 2015 and began to help shape and develop our reach in schools both in the UK and internationally. In 2019 we became a registered charity, recognising the social impact and drive of our work. In 2020, we were added to the AQA Drama exam specification as practitioners, and our work continues to be championed by exam boards in England and Wales. Our popular resource, the Theatre Creativity Cards, first released in 2016, are now widely used year round in over 500 schools globally. In 2022 we began a partnership with digital streaming platform Digital Theatre+, enabling schools and educational institutions in 122 countries across the world to access our productions.

In 2022, we formally left our company home of Leeds and relocated our base to Maldon, Essex. As a South-East based organisation we are thrilled to begin building new relationships regionally and are closely working alongside Mercury Theatre in Colchester and New Wolsey Theatre, Ipswich.

'The Paper Birds include (brilliantly) "listening" among their methods of devising a show. Deep research and intelligent sympathy have enhanced all the work of theirs I've seen.'

If you believe that no one should be excluded, that access to art and culture is a basic right and not a privilege, then join The Paper Birds’ nest, become a friend, and help us sustain our work.