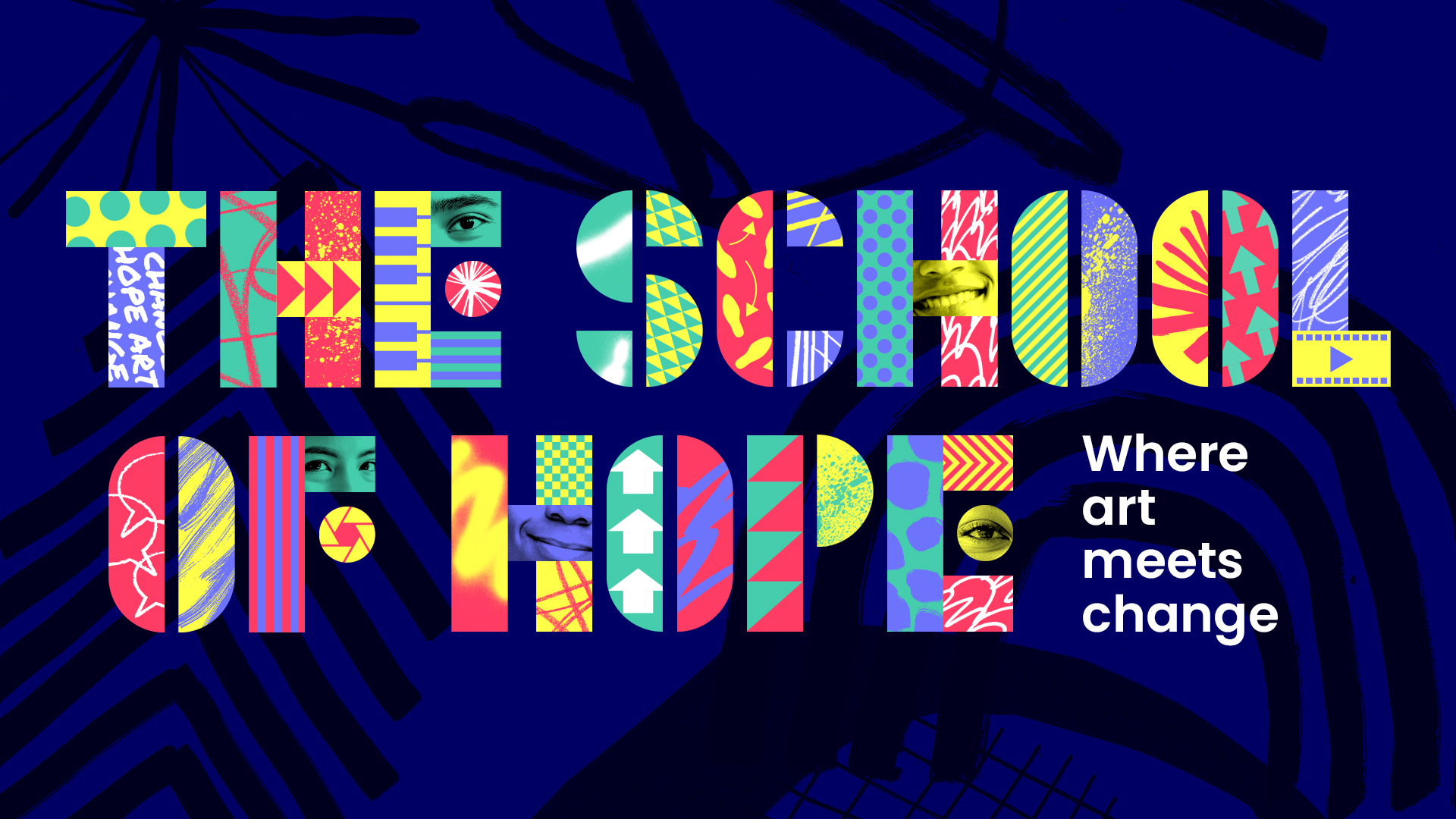 The School of Hope is a stand-alone project, but also forms part of the R&D process for our next theatre production FEEL ME. The School of Hope’s aim is to increase the wellbeing and levels of empathy of the participating young creative, as well as encouraging and platforming a new generation of artists.

The project is an invitation to young creatives aged 13 – 25 years to explore, experiment, and connect with others across the world. The young creatives taking part draw inspiration from the artworks, as well as undertake tasks, discussions, and workshop activities, before creating their own art in response to an artistic brief from each workshop.

In 2021 the first cohort off The School of Hope, made up of around 75 young creatives from 9 partner organisations from 5 countries across 3 continents took part in workshops and Zoom masterclasses, leading to hundreds of conversations and artworks around the theme of empathy.

The project provided a space for them to meet, discuss, discover and find their voice as artists and as a creative thinkers. By reflecting on the values and beliefs that are important to them and to different communities they creatively shaped their thoughts into social and political artistic responses, connecting them to the world around them and questioning what changes need to be made and creating a range of beautiful artworks as their response.

We commissioned 4 exceptional British artists to each create a bespoke filmic artwork on the theme of empathy; along with our own original artwork, which were at the heart of the TSoH online programme. These commissioned artworks were made by Akeim Toussaint Buck, Arwa Aburawa, Sonny Green, Jade Anouka as well as our own. We also consulted with diverse young people from around the world in the development of The School of Hope and received mentoring via the Young Vic’s, ‘Young Mentor’ scheme around how to shape the project.

We also collaborated with Academics to shape the project and measure its impact. Laura Taylor (University College Dublin), Katrina Brown (University of Exeter) and John Lambie (Anglia Ruskin University) helped us to plan lessons and measure the project’s impact. The qualitative and quantitate findings from The School of HopeAcademic’s research were extremely favourable, with levels of empathy and pro social behaviourincreasing in 53% of all of the young creatives surveyed. 64% of the young creatives also showed an increase in Civic Participation.

The School of Hope culminated in the creation of a short film, A Call for Radical Empathy, made by Naomi Waring based on the young artists’ thoughts about empathy and encapsulating their artistic responses. The project was also documented by filmmaker Kee Lewis who created a short documentary to tell the story of the project. Both films premiered on Thursday 18 November 2021 at an online Graduation event which saw the young creatives and Academics involved in the project, along with professionals working in theatre and Youth Arts and 4 invited UK-based artists, join together to look back at the project and celebrate the achievements of the young people involved.

Our learning from The School of Hope is now informing Empathy Spaces, the next R&D project for Feel Me as well as the show itself, which will be a part live and part digital exploration of empathy from the perspective of young people.

If you are interested in finding out more, or purchasing The School of Hope to use with your young creatives please contact:

The School of Hope International Partners 2021

A Call for Radical Empathy by Naomi Waring

The School of Hope 2021 Documentary by Kee Lewis

The School of Hope Academic Findings

If you believe that no one should be excluded, that access to art and culture is a basic right and not a privilege, then join The Paper Birds’ nest, become a friend, and help us sustain our work.